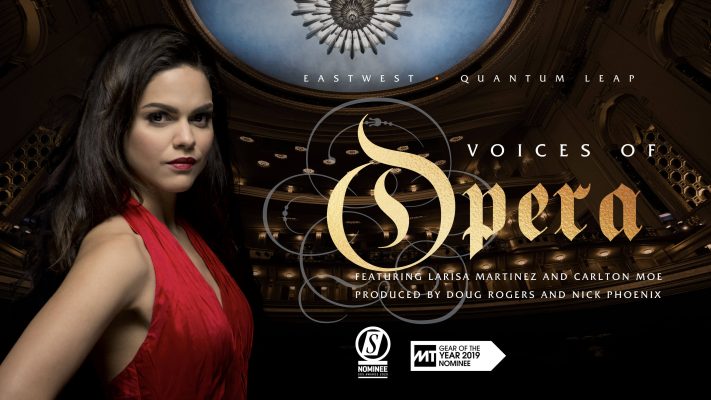 EASTWEST is proud to announce the release of VOICES OF OPERA, a brand-new virtual instrument featuring the sensational vocals of soprano LARISA MARTINEZ (Andrea Bocelli) and tenor CARLTON MOE (Phantom of the Opera).

VOICES OF OPERA is perfect for any composer looking to add a pristine operatic sound and fits in perfectly with EastWest’s recent slate of award-winning vocal products HOLLYWOOD CHOIRS, VOICES OF THE EMPIRE, and VOICES OF SOUL.

LARISA MARTINEZ has established a strong and unique presence in the classical performance world. She’s currently performing with opera titan Andrea Bocelli as his principal soprano on his world tour. She is a winner of the Metropolitan Opera National Council Audition PR district 2016, where she also received the Angel Ramos Foundation Award and Audience Prize. She earned raved reviews as Musetta in Loft Opera’s critically acclaimed production of La Bohéme and for her other leading roles in Verdi’s Rigoletto, Gounod’s Roméo et Juliette, Rossini’s Adina, Floyd’s Susannah, and Donizetti’s Don Pasquale and Lucia di Lammermoor.

Heralded by the New York Times as an “ardent tenor,” CARLTON MOE is currently performing as Ubaldo Piangi in Andrew Lloyd Webber’s Phantom of the Opera, the longest running show on Broadway. His opera credits include Lakmé (Gerald), I Capuletti e I Montecchi (Tebaldo), The Mother of Us All (John Adams), Ernest Bloch’s Macbeth (Malcolm), and Roméo et Juliette (Tybalt). He has also performed as a soloist in major works such as Verdi’s Requiem, Beethoven’s 9th Symphony, Mozart’s Requiem, and Handel’s Messiah. 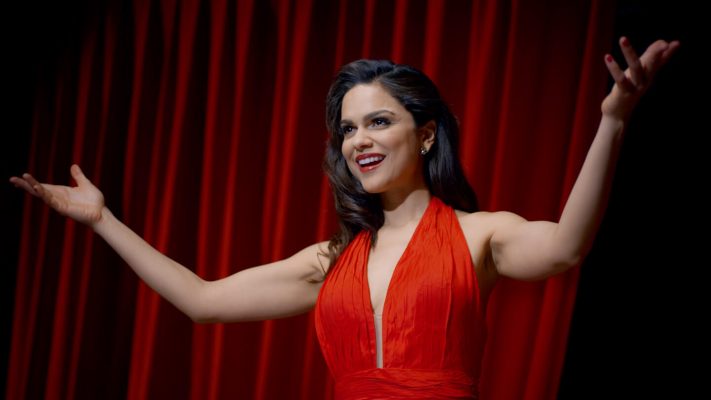 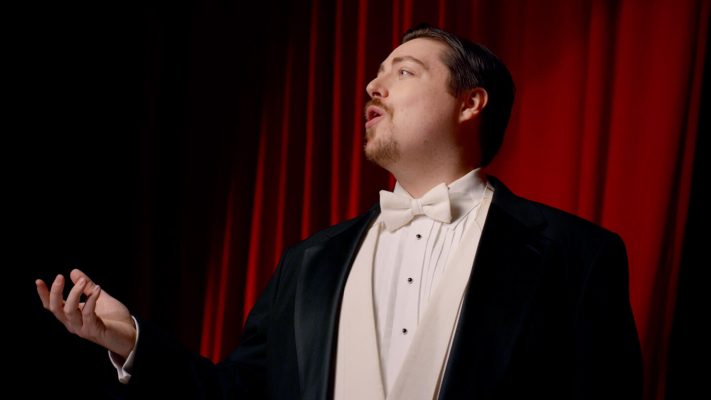 “I have always loved opera”, said co-producer Doug Rogers “at its best, it can send shivers down your spine. And that’s what happened when I saw Andrea Bocelli and Larisa Martinez performing together at the Hollywood Bowl. Larisa agreed to work with us on VOICES OF OPERA. The recording sessions were sensational. She has the voice of an angel, her pitch is perfect, her range and vocal power unsurpassed. Then the opportunity arose to add tenor Carlton Moe (Phantom of the Opera) to the project. He just has this incredibly rich tone. It was truly a labor of love.”

“A rare find in vocal libraries are Voices of Opera’s extremely successful dynamic stages in the sustain, legato and staccato instruments, which allow a nuanced, dramatically varied play. The result is a dense, floating, and spacious sound, creating an impressive listening experience that can enrich classical compositions for film music or experiments between pop and classical music. An excellent, flawless sound is the hallmark of award-winning producers Doug Rogers and Nick Phoenix.”

The same pristine recording techniques that make all of our products sound so rich and detailed went into the recording of Voices of Opera. Choose and create your own mix from multiple mic positions including Front, Rear, and Room. The Front mic is a Telefunken 251, a famous vocal mic that captures incredible warmth and detail. For the duet phrases, a Neumann U67 was added to fully capture the sound of both singers. The Rear includes a pair of vintage Cole 4038s that add more depth and space. The Room mix includes a Decca tree made up of Neumann M50s and a pair of AKG C12 outriggers, replicating the mic set-up of a classical stage. These are all rare vintage tube mics. All recordings were made at EastWest Studios, our world famous recording studios known for producing more Grammy nominations than any other studio in the world, 121 in the last 7 years. 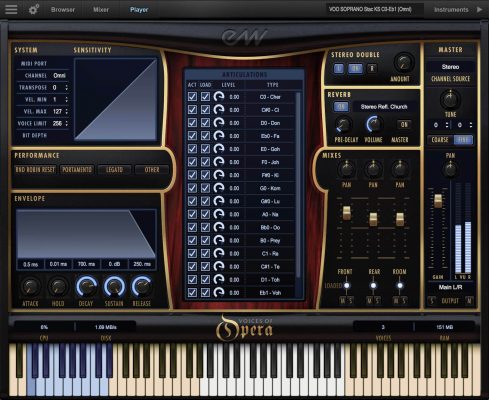 VOICES OF OPERA is a 40 GB collection of 229 multi-sampled vocal instruments across various categories, including:

VOICES OF OPERA is a must-have collection to add some vocal magic to your next project or add a unique texture to any style of music.

Below are the minimum and recommended hardware requirements for using VOICES OF OPERA on your computer. Please see the Play User 6 Manual for a complete list of the Hardware and Software Requirements for installing and running any Play Library.

Please Note! The 32-bit stand-alone and plug-in components are no longer installed because PLAY 5 and later does not support 32-bit Operating Systems or DAWs.

Be the first to review “EastWest Voices of Opera” Cancel reply